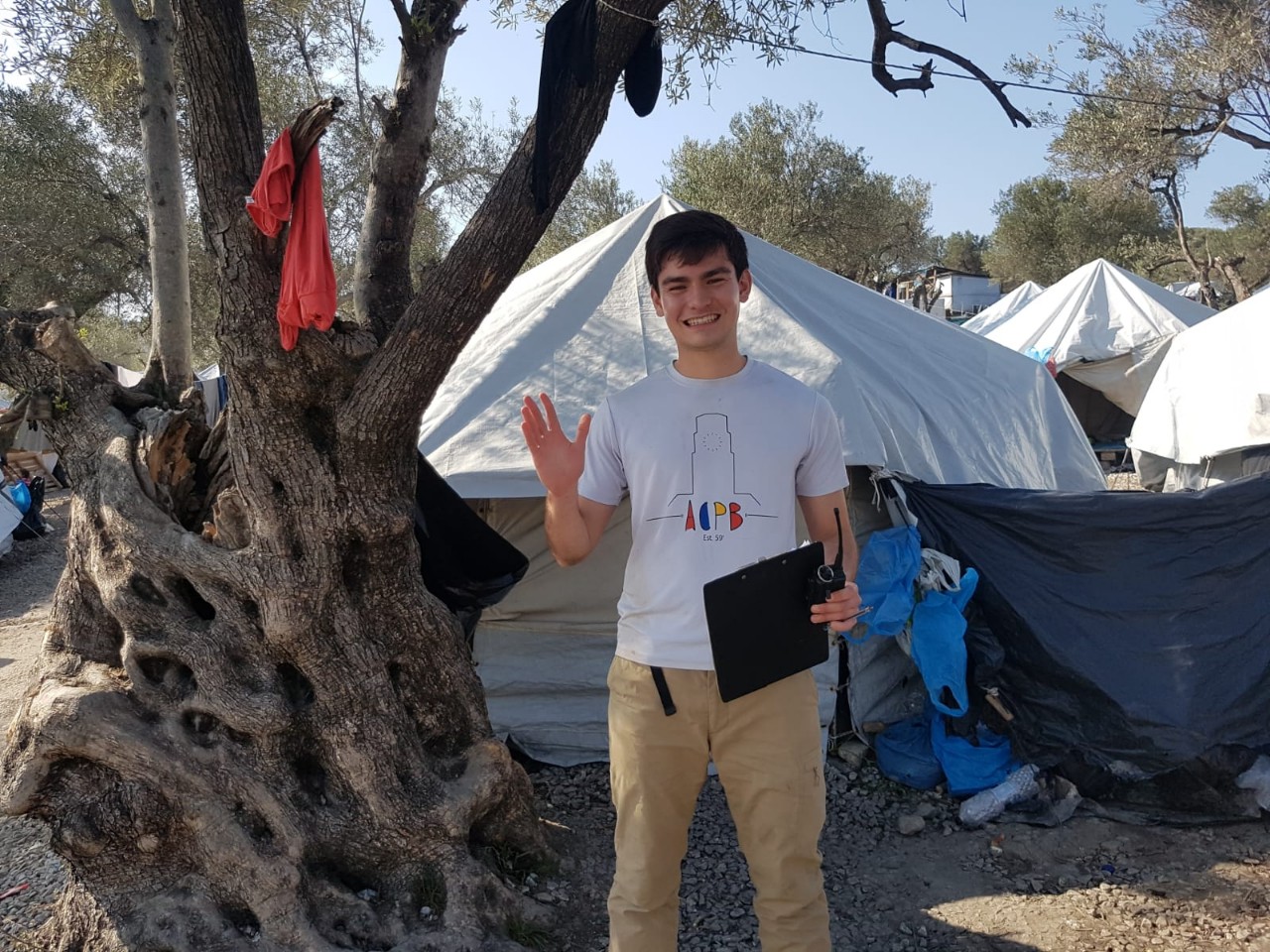 Meet Ben Freeborn, one of our visiting volunteers who’s been working with us on Lesvos over the last one and a half months.

The ambitious 20-year-old, who hails from Singapore, stumbled across our organisation online as he was looking for a meaningful way to spend the months he had between leaving the army and furthering his studies. Compelled by the work that we do, Ben decided to submit a volunteer application and eventually the door opened for him to come and join our mission on Lesvos.

But due to the outbreak of COVID-19, Ben was faced with the decision to leave Lesvos or head home back to Singapore, consequently cutting his volunteer time short. Instead, he decided to stay on Lesvos, sit out two weeks of quarantine and now, he is back to work on a two week rotation period in our Olive Grove campUs.

We were so humbled by Ben’s decision to stay and wanted to understand more about why Movement On The Ground’s mission means so much to him. So, here it is!

You were given the opportunity to leave Lesvos due to the global outbreak and spread of COVID-19, why did you decide to stay on the island?

The month and a half that I'd been there prior to the alert had left a really strong impression on me. I found MOTG's project ambitious but grounded in the right philosophy, and helmed by good people who I'm lucky to be learning from. Additionally, I am inspired everyday by the enthusiasm of the resident volunteers, and am constantly grateful for the warmth and care I have been shown by them.

When the outbreak hit the island I was calm because I knew that I wasn't ready to leave. I assessed my own risk appetite, and decided that even if it meant being stuck on the island for longer than anticipated, I found meaning here, and was in good hands. I still have plenty to learn, and plenty to give.

What have been your impressions of Moria camp and the Olive Groves so far?

I think many residents see Moria as a necessary sacrifice that they must make for a shot at a better life. That hope is what allows people to put up with poor conditions for what is inevitably a very long time. MOTG recognises that reality - that people do get stuck here - and that's why it's important to build dignified spaces for living, and build it in a sustainable way that residents have a stake in.

I don't think the Olive Groves are the finished product. In fact, you cannot leave the Olive Groves for even a week and come back expecting everything to be the same. They are constantly being reshaped, improved and invested in through the devotion of our resident volunteers. Most of the problems we encounter have exceedingly simple and rudimentary solutions (like gravel to keep tents dry), but I think that's also the genius of it.

What has been your most heart warming moment working in the camps so far?

My most heart warming moment was probably a few weeks back, when we had finished putting up about 20 tents in Zone 8 to shift families out of their constructions and make way for more ground to level and then build tents on. A teenager came up to me and asked about the project and if we were going to be doing the same in Zone 7, where he lived. It was a great feeling to explain that we'd be working our way down and that eventually we would be able to house him too. That short interaction really helped me feel the impact of the work we do here.

Ben together with the resident volunteer tent building team!

How do you think MOTG is making an impact in Moria camp?

I think beyond creating dignified living spaces, MOTG impacts Moria as a whole by enabling people and bringing meaning to life in the camp. There is a strong emphasis on engaging the community and utilising the skills that people bring with them. Without an outlet, all these are a waste and MOTG's niche is giving responsibility to our resident volunteers and trusting them once a direction has been set.

What is your biggest fear for the refugee camps on the Greek islands if the COVID-19 would spread through them?

I'm in two minds about this. On one hand, social distancing is impossible and hygiene standards are subpar, to say the least. But on the other hand, the average age of the camps is very low and perhaps exposure to cramped environments strengthen the immune system.

In any case I think without a huge expansion strategy the best bet for Moria may be to separate their vulnerable population and adopt a contact tracing strategy within this segregated area. The issue with this however is not only the requisite investment needed but also the question of splitting families and enforcing the segregated area. Nonetheless I don't think the size of this vulnerable population would be very large.

If the virus reaches the camps, it will spread like wildfire. I think the best bet is to be aware of who exactly the vulnerable population composes of and have a strategy in case of that possibility.

What are your ambitions for the future?

I have always wanted to get involved in the development sector, in particular researching poverty solutions. These months with MOTG have given me plenty to think about and I think I'm in a better place now to consider how I can best be of service to others through my life.

Inspired by Ben's story? Head to our 'HOW CAN I HELP?' page for more details on how you can also contribute to our mission!