Everyday, we feel incredibly humbled by all of your supportive comments, heartfelt emails and compassionate donations. Without you - our incredible Movers - our mission couldn’t be realised. And especially during the most uncertain of times, your kind words, help and donations are even more appreciated.

That’s why, we’ve decided to start a new content series called #FortunateFriday. Every week, we will use Friday as an opportunity to share with you some of the most inspiring initiatives and stories to come out of the MOTG community. 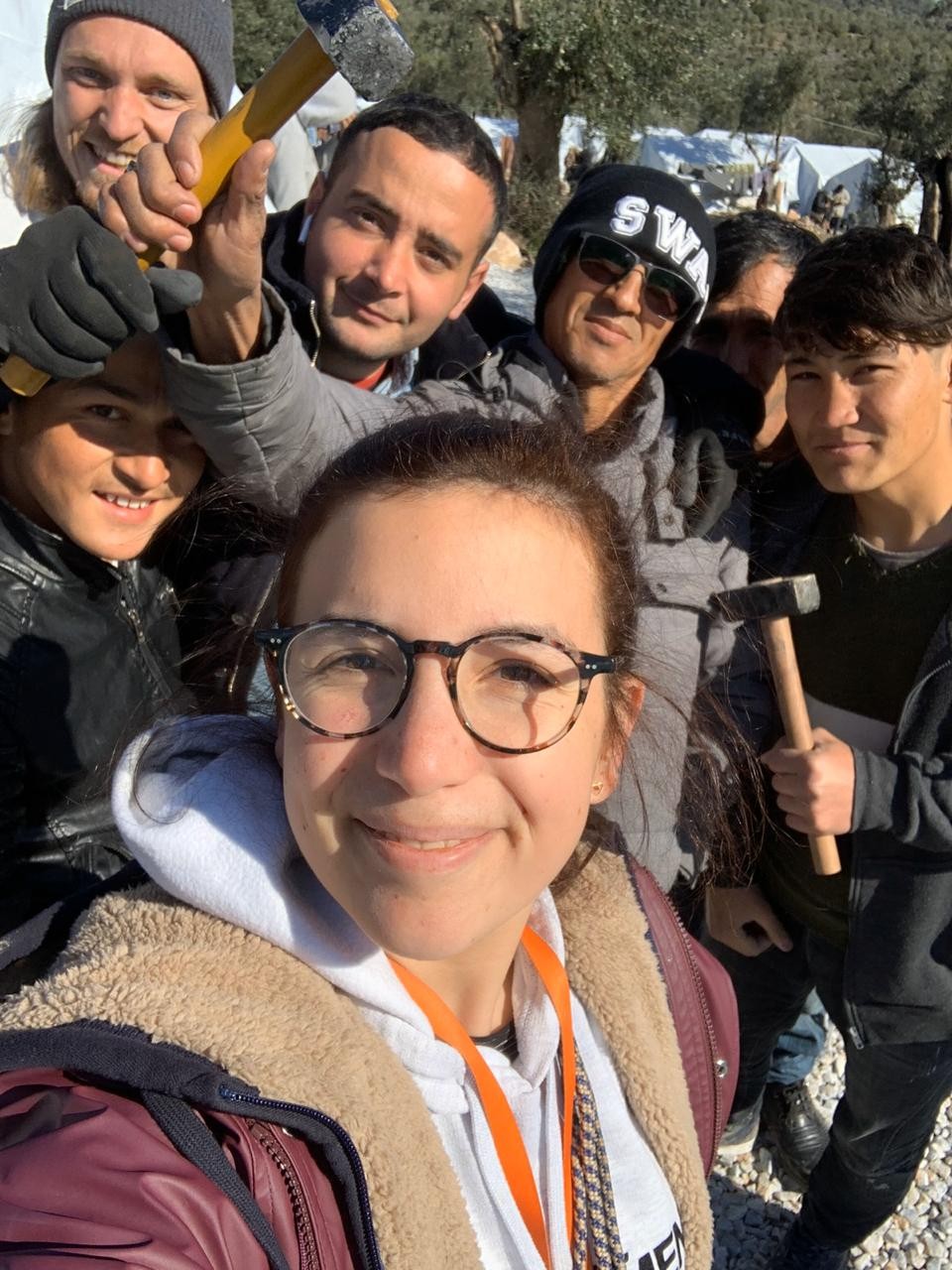 This week our shout-out goes to Chloe Soto-Mayor. Over the past six months, Chloe has worked as our resident volunteer coordinator in our Olive Grove campUs outside of Moria camp. From the moment she stepped into our Olive Grove campUs, Chloe brought a real Movers mindset – determined, passionate and ready to turn the smallest of things into gold.

Sadly we now must bid Chloe farewell, as she moves onto a new role with our amazing partners at MSF. We wish nothing but the best for Chloe and feel very proud to have been a stepping-stone in her humanitarian career. But before she said her official goodbyes, we caught up with Chloe to not only thank her for her incredibly work with us but to hear about why MOTG's mission stuck such a chord with her.

What was your motivation to join and work for Movement On The Ground?

I have been in and out of this crisis for the last couple of years. When I got to Lesvos, I was so impressed with how much MOTG moves and how much MOTG achieves. I loved the fact that they really put their actions where their mouth is. A group of young, likeminded people achieving concrete results.

What was one of your most inspiring moment at Movement On The Ground?

My most inspiring moment with MOTG has been all of the individual conversations I have had with community volunteers. They often told me how appreciative they were of working with us at Movement On The Ground. It was always touching to hear how they had really found their place [with us] amongst a horrendous situation. I think in enabling the resident volunteer program to happen, we enable these guys to feel a part of something. To feel a part of change.

I once had one of the resident volunteers say to me that when he is working with us it’s the happiest he has been his whole entire life. And that was truly a beautiful moment for me. It makes it all worth it, even the hard bits. 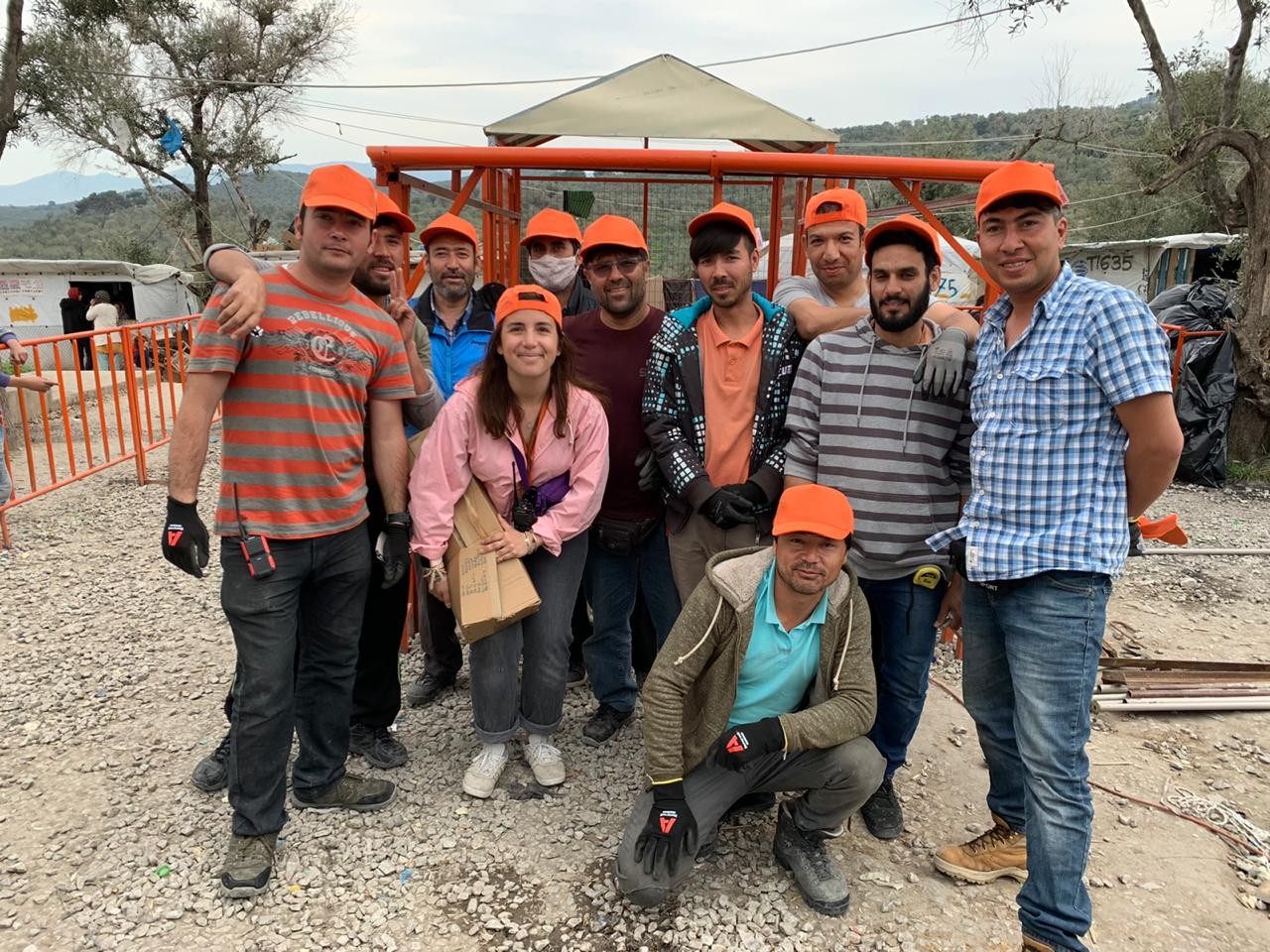 What will you miss most about Movement On The Ground?

What I will miss most about Movement On The Ground is the people and the sense of community. The feeling that although we are not one of them [a camp resident] we are all brothers and sisters. Perhaps that was also one of the most inspiring moments for me, when I announced I was leaving, one of the resident volunteers said to me;

“When you say to me brother I know that you mean it and when I say to you sister you know that I mean it. And that’s why we are family.”

I think that’s what I will miss the most, the incredible energy and community that’s behind the mission of MOTG.

What have you learnt during your time in your role as resident volunteer coordinator?

I have learnt so much in my role. I have learned that the skies the limit and we can make anything happen. I guess I already knew that but I have built on that and this role has proved that too. I have worked with the most incredible group of people who even if you give the smallest of things they turn it into gold. It’s an incredible thing to have seen and been a part of. When a group of likeminded people put their heads to something, things really move.

What do you envision for the future of the refugee crisis (in an ideal world)?

I hope that all of these people find their rightful place in a dignified environment. I hope that we are able to provide them with a temporary – temporary being the key word – dignified solution before they aremoved to where they should rightfully be and that is not in a camp on an island. I hope that one day that there is peace in the world and that we actually don’t have jobs to do.

But mostly I hope, in the immediate future that people are given what they deserve, which is a dignified living environment and access to basic needs. And I hope the world keeps filling with movers, because they are the people that make things happen!

Just wrapped up an MOTG-focused intiative? Or perhaps you want to plan a fundraiser for us? Free free to get in touch and share your story! We always love to hear from our community and right now, we need you support and encouragement more than ever!